We are just back from the Swiss Blockchain Hackathon held at Trust Square this week-end, the largest blockchain incubator spread across 2000 square meters in a former bank building on Bahnhofstrasse, Zurich’s main shopping street. Here are some impressions from the week-end: 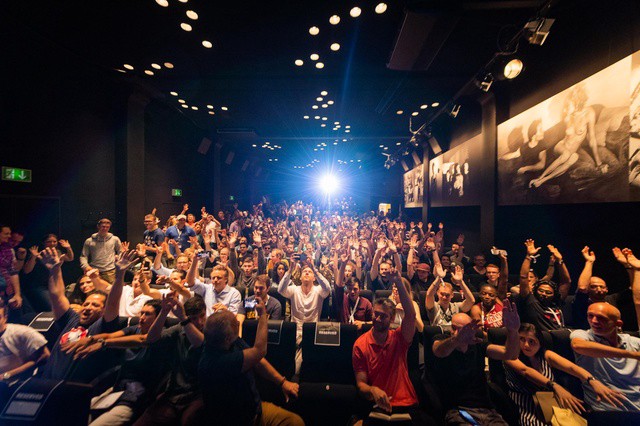 200 hackers from 20 countries set up camp in Zurich for three days to solve real-life challenges using blockchain in six different verticals. It was a perfect opportunity for us to meet and network with a lot of relevant technical and business experts in the space. The atmosphere at the closing ceremony was exhilarating with over 200 people doing “the wave” to celebrate the end of the challenge!

As event partners, we made the Proxeus framework available to the participants and we were able to work with several teams and gather useful feedback. Most importantly, we made several new and valuable contacts with open-source developers who expressed interested to use Proxeus as part of their regular toolbox. Following a general introduction session to the Proxeus framework, we supported several teams to build solutions in the food and shipping space, and we will stay in touch with them as their projects move from prototypes to potential live applications.

Our own crew received an assignment in the eGovernment vertical and worked until the early morning hours exploring possibilities to enable public entities to federate the right to issue documents under their seal to individual crypto-identities, in a way that is fully decentralized & auditable. White-listing capabilities are required in a wide-range of projects and this initial research will allow us to put this topic on the roadmap.

Reflecting over the event, it is rare to be able to spend so much energy on a project in such a short timeframe and we are starting the Summer with a lot of new inputs. Overall, it was very well invested time and we were able to position Proxeus among top-tier projects and academic institutions — we will be working with more similar initiatives in the future in order to grow awareness about the framework in relevant target groups.